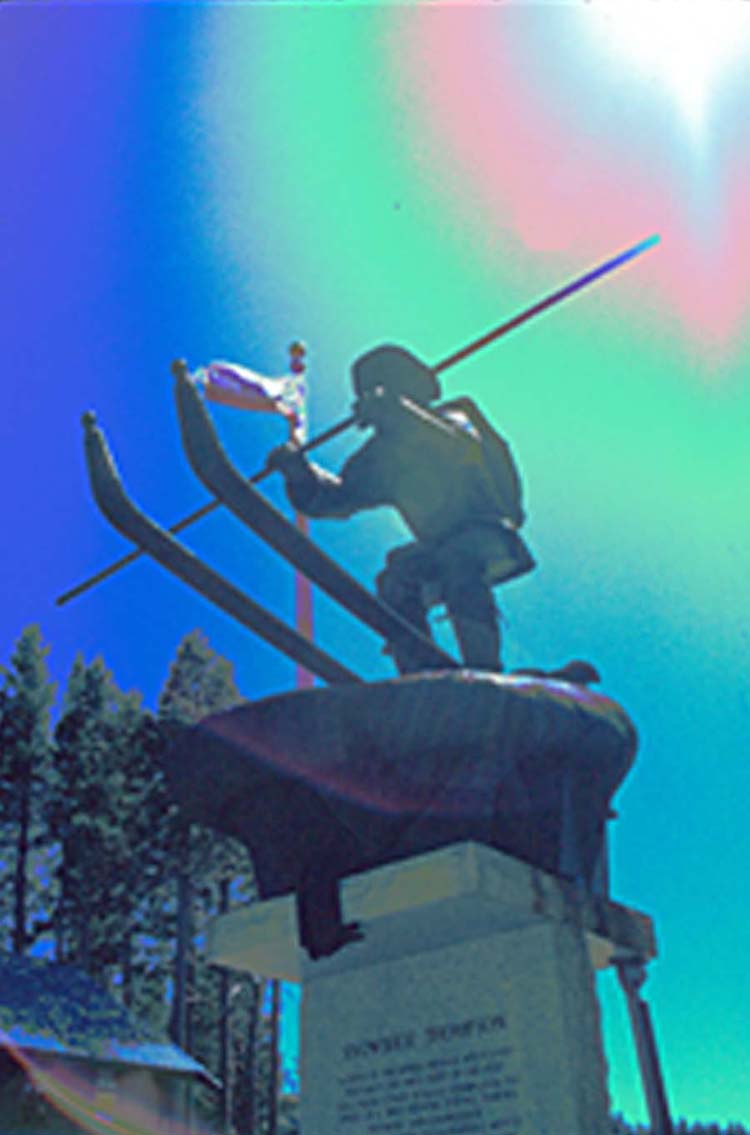 Snowshoe Thompson was born in Norway in 1827. For 20 winters (1856-1876) he carried the United States mail between the silver camps in Nevada and the gold camps in California.  He crossed Ebbetts Pass, Carson Pass or Luther Pass on long skiis (then called snowshoes) and helped the snowbound along the way.
The response to his request to the United States government for payment of $6,000 for his services was a letter of thanks.
He died May 15, 1876, in his cabin in Diamond Valley, Alpine County.
Boreal Ridge, Nevada County
Other tributes honor Snowshoe Thompson  at Carson Pass in Alpine County, and Placerville and South Lake Tahoe in El Dorado County. 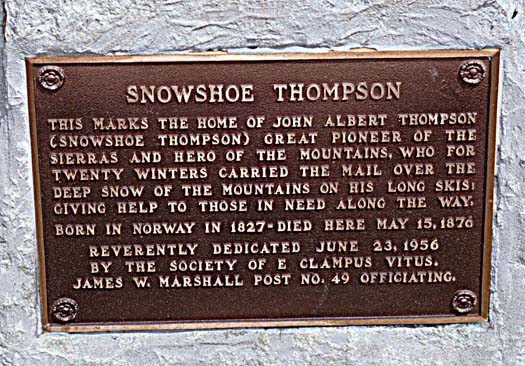 
For more information, please e-mail us at ifclipinfo@gmail.com